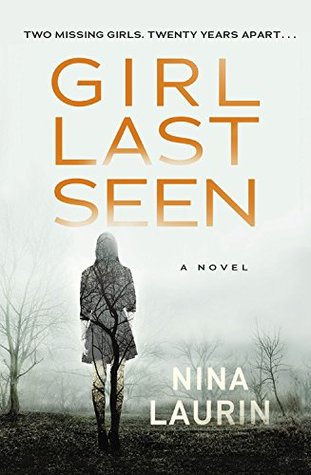 Twenty-three-year-old Laine is an active member of a conspiracy theory message board. She watches the news, the missing children flyers, waiting for someone else to disappear like she did. That’s because her name used to be Ella–back before she was kidnapped and held captive. Even though the man who took her has never been found, there’d never been another missing girl who matched a description like hers until Olivia Shaw goes missing. Despite Olivia living a completely different life than Laine had lived when she was younger, Laine is sure that the disappearances are linked. She just needs to convince the police–and remember who had taken her all those years ago.

“I was spared so that I could watch it happen again, unable to do anything about it.”
– Loc. 159

Desperate for information, and to put the missing pieces of her own memory and case back together, Laine reunites with the cop-turned-detective who originally found her after she was freed. With time running out, and pressure from the police and Olivia Shaw’s parents on, Laine feels like it’s up to her to figure out what happened to Olivia Shaw–and why she, and Laine, were taken in the first place.

“That’s how he sees me, a missing person, even though I haven’t been missing for a decade now. But to him, and to the rest of the world, I’ll forever be Girl Last Seen.”
– Loc. 579

Laurin’s writing style is not just captivating, but easy to read, making this book impossible to put down. While not quite in the same realm as Paula Hawkins in terms of style, Girl Last Seen is an excellent choice for fans of Girl on the Train.

Set to the dark, rainy backdrop of Seattle, Girl Last Seen is full of dark twists and turns the reader will never see coming.

Nicole is a writer, poet, book reviewer, and the founder/Editor-In-Chief of Magnolia Press. She started This Literary Life as a reading-as-a-writer project, but evolved into a place to share thoughts about books she loves, new and old.